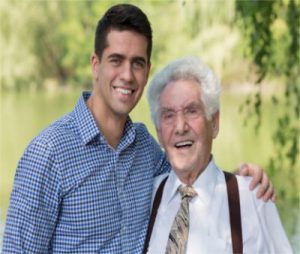 A new study conducted at Oxford University shows that having a mental illness can shorten your expected life span by between 10 and 20 years, which is the equivalent of chain smoking more than 20 cigarettes each day. Medical science has long known that smoking can increase your risk of an early death because of cancer and other medical conditions, and this study shows that mental illness can be just as damaging and shorten your life just as much if not more. Dr. Seena Fazel was the lead researcher on the study, and the results take into account the fact that suicide rates are higher among those who have a mental illness. The study included data from over 1.7 million patients, and the results were very surprising when the numbers were compared to those who are chain smokers. According to Dr. Fazel “It was useful to benchmark against something that has a very high mortality rate.”

Women who suffered from postpartum depression, one form of mental illness, were over 7 times more likely to have a high mortality risk than someone who smokes heavily. Both anorexia and substance abuse also saw higher mortality rates than those who smoke a lot each day. Chain smoking can cause death to occur 10 years sooner, but schizophrenia can cause death to occur 20 years earlier. The study results can be viewed in the World Psychiatry journal. Dr. Fazel stated “So much emphasis has been placed on reducing smoking and smoking deaths. Mental illness doesn’t receive the same attention in public health and public policy.”